From the Page to the Stage: Exploring the Director’s Task By Jane Rubinsky 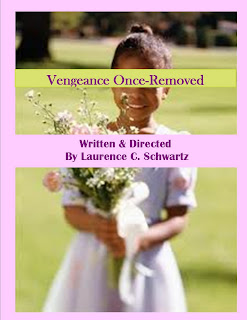 The best plays reveal their significance gradually, like life: unfolding layers of complexity and meaning that shift and grow as they move toward a denouement, resonating long after the curtain has fallen.  Directors whose own lives are multi-layered have an advantage as they set out to probe the subtleties of these plays, whether their own work or someone else’s.
“There’s a wonderful essay by Harold Clurman in a book called Directors on Directing, says Laurence C. Schwartz, who will direct his play Vengeance Once-Removed to open the Riant Theatre’s season of the Strawberry One-Act Festival on March 1, 2012 at 7PM at the Hudson Guild Theater, 441 West 26th Street, NYC.  “The essay explores the potential traps a playwright can fall into, should he or she direct his own piece.  Sometimes when you’re writing, you can hear the voices in your head; you can hear the intonations, picture the dramatic arcs and the emotional roller-coaster.  And that’s okay.  But to bring that to rehearsal already in your mind, without letting the play grow naturally in rehearsals, is something you need to watch out for,” he says.  “Directing someone else’s play, you can bring a fresher perspective; you don’t have as many preconceptions.  It’s easier to be more spontaneous in rehearsals.” 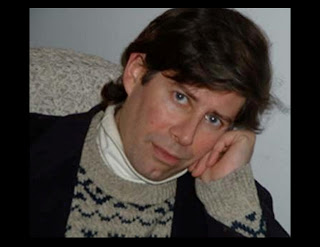 Schwartz has plenty of experience doing both, not to mention acting and writing.  He got his Equity card (and a good review in the New York Times) barely a year and a half out of Boston University, where he studied theater performance.  Schwartz’s first full-length play, Artaud for Awhile—an edgy work imagining an encounter between the French aesthetician Antonin Artaud and the rock musician Jim Morrison—ran at the Wings Theater in 1997 and was one of the Village Voice’s picks.  For last summer’s Strawberry One-Act Festival, Schwartz directed Rick Charles Mueller’s With the Assistance of Queen Anne, but his association with SOAF goes back all the way to 2000, when he first appeared in several plays before submitting his own.  “I think Standing on Ceremony is the most well-rounded and satisfying so far; it all came together,” he says.  The work, which he wrote and directed for the Winter 2011 season, dealt with old-fashioned schoolyard bullying. 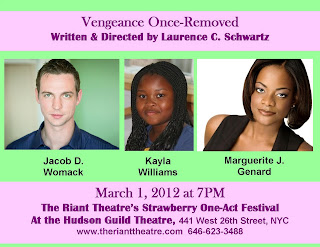 His current offering is Vengeance Once-Removed, about a young man falsely arrested who visits his accuser after the charges against him have been dropped.  “I’ve always had a good ear for dialogue,” says Schwartz, who earned a master’s degree at Hunter and now teaches cultural theory and speech communication at Medgar Evers Collge, Mercy College, and Touro College.  “But what separates this play from the others is that it's less about the words and more about where the action is, what the dramatic stakes are,” he says. “I think it says a lot about sexuality, as well as interracial relationships.  It's a disturbing piece ... and my hope is that it will be very difficult to watch, and very suspenseful.” 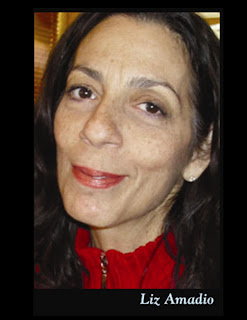 Liz Amadio, who directed George Cameron Grant's play Push for SOAF last summer, returns to direct his Foreclosure this season (March 1, 2012 at 9PM at the Hudson Guild Theatre), exploring how choices resonate and sometimes come back to haunt us.  “We all have circumstances in our lives where we need to make decisions that are really spiritual catharses we have to work out,” she says.  “We don't have the script in life; we don't have the whole picture or know what happens on the last page.  All we can do is look over the situation, make the best choice with the information we have, and hope that we've made a good decision.”
Studying psychology and dance at Temple University, Amadio intended to pursue a career in dance therapy before she turned to acting, writing, and directing.  “People who resonate toward psychology are really interested in the psyche, emotions and spirit, in what makes you tick,” she says.  “It's not really very different, whether you're an actor exploring a character, or a director guiding actors to explore the characters they're going to play.” 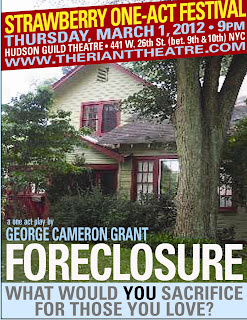 Amadio, a playwright herself, spends “a lot of time with exploration and backstory, to feed the actors as many layers as I can.  I don't believe in minor characters; everyone has an arc,” she says.  The main challenge of a director is creating “a safe and trusting environment where the actors are free to explore their own internal life” to find the motivations of a character.
Foreclosure is a play that will be meaningful for everyone, believes Amadio.  “It's so timely in terms of what's happening with the global economy.”  But the one thing she hopes people will take away is the notion that it's impossible to interpret what's good and bad in life.  “Some of the worst things that happen to us often turn out to be catalysts for the most growth and development,” she says. 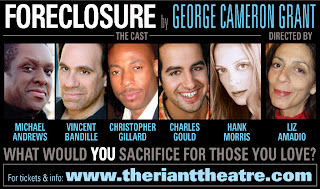